What happened to SOIL SERIES? We became birds.

It’s been a long time since we made a blog post and many of you are probably wondering: what happened to SOIL SERIES? Although our silence might indicate that we are no longer working on the project, it would be more accurate to say that SOIL SERIES has evolved.

The change was gradual. It started with a question. Do you want to form a collective?

We posed this question in April of 2018 to the incredible young people with whom we had been working for over a year. Many of them had worked with us on the renovation and creation of the Barn Studio in 2017 at the Empower Youth (EY) Ranch. Some had participated in and/or assisted with our Community Studio program, and many had taken up the role of “assistant curator” in our 2017 Community Studio Exhibition. Some joined us in our research efforts and contributed their visions for the future of Bethel and other communities like it. Many also participated in the Newport/Bethel Project in the summer of 2018 as well.

Since initiating SOIL SERIES in 2017, our goal was always to listen, collaborate, and participate, following a strict code of ethics that guided our engagement. From 2017 to 2019, SOIL SERIES took many forms including conversations, public programs, projects, and collective imagining. A drawing in the most expansive sense, SOIL SERIES was an exercise in relational mark-making. By creating the conditions for new conversations and possibilities around artmaking, the public, and social imagination, SOIL SERIES proposed social drawing as the generative engine for community-initiated action. In short, SOIL SERIES was never meant to be a discrete project with clear outcomes and deliverables – it was meant to be an organic process of learning, engaging, and imagining possibility, with the hope that our authorship as Francesca and Hillary would someday dissolve and devolve upon the wider community.

This is what began to occur at that April meeting in 2018. With a unanimous vote from the six people present, we became Bird Closet, a supportive, inclusive, and democratically-governed art collective. Since then, Bird Closet has been created and cultivated by more than 23 participants ranging in age from 16 to 38. At that first meeting we also voted to inhabit self-selected bird alter egos and create bird masks as a means of evoking an alternate universe in which as birds we are free to pursue creative and social projects that may seem untenable in the world as it exists. 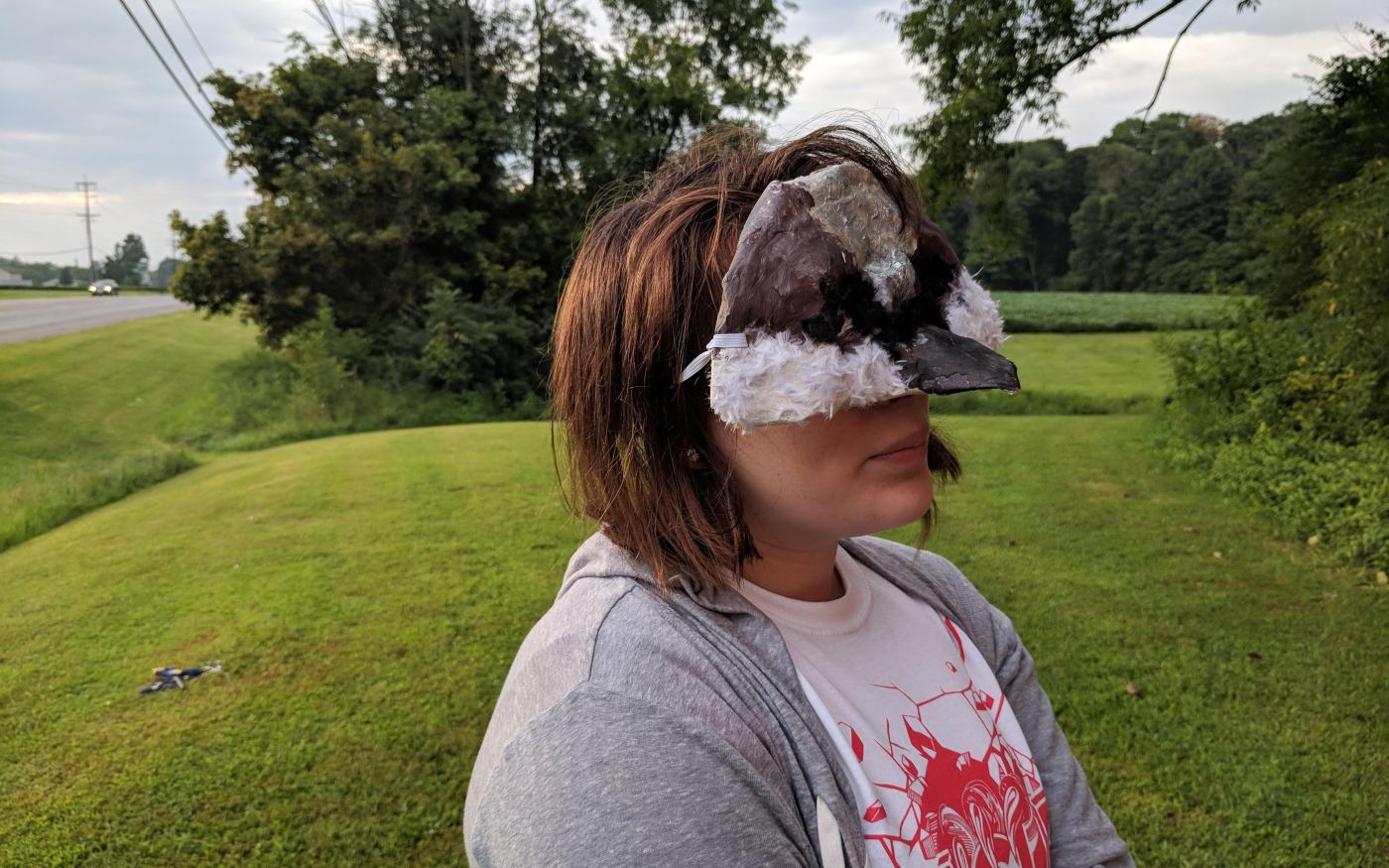 Bird Closet’s mythology places the collective in a parallel universe to Bethel. We imagine the universe of Bird Closet as a volcanic island that generates energy, poetry, and possibility. By becoming birds we gain power and agency usually inaccessible to us and can more freely imagine radical futures for our community and beyond. Many of us are affected by poverty, food insecurity, and/or housing insecurity. Although we want to participate in shaping our community’s future, many of us feel our voices are not heard due to age or socioeconomic status. Art offers us a new paradigm through which to view our roles in the community, and new possibilities for participation and creative future-making. Far from escapist, our work seeks to imagine new possible futures for the village of Bethel and inspire similar explorations by other residents of the area and beyond.

You can also watch the video of Francesca and Hillary speaking about SOIL SERIES and its evolution to Bird Closet at Project Anywhere‘s Anywhere & Elsewhere Biennial Conference in 2018 (we speak at 15:55):

Thank you to the many people who contributed to our work in big and small ways. This would never had been possible without your support. Thank you especially to Tim and Crystal Hubbell, Mary Rodger, Rebecca and Michael Au-Mullaney, Stephanie and Michael Fiore, Joe Glassmeyer, Margie Zdenek, Sheila Miller, Katie Kosinski, Kelly Fogwell, Giulietta Fiore, and Diana Ibrahim for your incredible generosity and for helping us make our work 🙂

SOIL SERIES: A Social Drawing was a process of serial socially engaged research facilitated by artists Francesca Fiore and Hillary Wagner in collaboration with the rural community of Bethel in Appalachian Ohio. From 2017 to 2019 SOIL SERIES took many forms including conversations, public programs, projects, and collective imagining. A drawing in the most expansive sense, SOIL SERIES was an exercise in relational mark-making. By creating the conditions for new conversations and possibilities around artmaking, the public, and social imagination, SOIL SERIES proposed social drawing as the generative engine for community-initiated action.